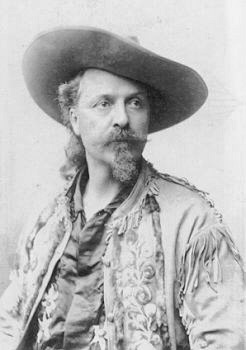 William Cody, a.k.a. Buffalo Bill, was the most famous American of his age. He died in 1917 and later reincarnated as Paul McCartney! After being a frontiersman, Buffalo Bill entered show business. He formed a touring company called the Buffalo Bill Combination. In 1883 he founded "Buffalo Bill's Wild West," a circus-like attraction that toured annually. Many authentic western personalities were part of the show. For example Sitting Bull and a band of twenty braves appeared. The show typically ended with a melodramatic re-enactment of Custer's Last Stand in which Cody himself portrayed General Custer. Jesse James was an American outlaw and the most famous member of the James-Younger Gang. After his death, he became a legendary figure of the Wild West. Following his death at the hands of Robert ford in 1882, he later reincarnated as George Harrison!? No! It's obviously TOO simplistic. However, let's assume the possibility for now, to avoid getting bogged down by the great complexities of the the hidden multiverse. Sitting Bull is notable in American and Native American history for his role in the major victory at the Battle of the Little Bighorn against Lt. Col. George Armstrong Custer and the U.S. 7th Cavalry Regiment on June 25, 1876, where Sitting Bull's premonition of defeating the cavalry became reality. Custer reincarnated as Robert Kennedy and Sitting Bull reincarnated as Sirhan Sirhan?

Patrick "Pat" Floyd Garrett was an American Old West lawman, bartender, and customs agent who was best known for killing Billy the Kid. He was also the sheriff of Lincoln County, New Mexico. Pat Garrett was killed in 1908 and later reincarnated as Charles Manson!? Manson led the "Manson Family," a quasi-commune that arose in the U.S. state of California in the later 1960s. He was found guilty of conspiracy to commit the Tate-LaBianca murders.

Manson is associated with "Helter Skelter", the term took from the Beatles song of that name and construed as an apocalyptic race war that the murders were intended to precipitate.

This connection to rock music linked him, from the beginning of his notoriety, with pop culture, in which he became an emblem of insanity, violence and the macabre. 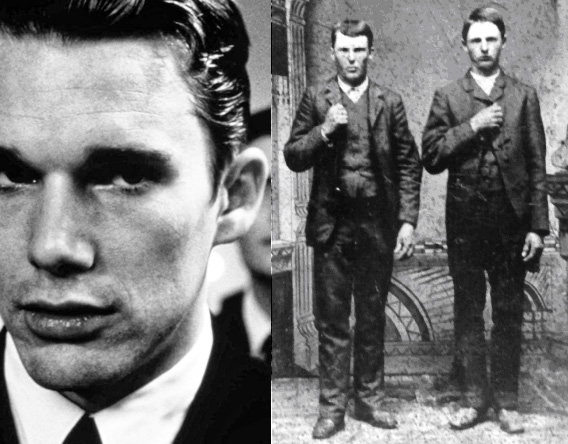