English actor, writer and comedian Simon Pegg is the son of a jazz musician father and a civil servant mother. His parents divorced when Pegg was seven. He was educated at Brockworth Comprehensive Secondary School in Gloucestershire and went on to Stratford-upon-Avon College to study English literature and performance studies.

Pegg graduated from the University of Bristol in 1991 with a BA in Theater, Film and Television and wrote his undergraduate thesis on "A Marxist overview of popular 1970s cinema and hegemonic discourses". While there, he performed as a member of the comedy troupe "David Icke and the Orphans of Jesus", alongside David Walliams, Dominik Diamond, Myfanwy Moore, Barnaby Power and Jason Bradbury.

Sir Edward Coke is one of Simon Pegg's past lives. The Good Night is a 2007 romantic comedy film written and directed by Jake Paltrow. The film stars his sister Gwyneth Paltrow, Penélope Cruz, Martin Freeman, Danny DeVito, Simon Pegg and others. The movie takes place in London and New York, where a former pop star (Freeman) who now writes commercial jingles for a living experiences a mid-life crisis.

The movie follows a man's search for perfection in a world where life rarely measures up to the idealized images that constantly bombard us. Freeman plays Gary Shaller, who gained commercial success in previous years as the keyboard player in the fictional band "On The One". He is in a failing marriage with Dora (Gwyneth Paltrow) and working for his former band mate Paul, played by Simon Pegg, writing and recording commercial jingles. Gary eventually discovers that he is having lucid dreams about a glamorous woman named Anna, played by Penélope Cruz, with whom he is deeply infatuated. He aims to learn more about lucid dreaming by buying books and even attending classes taught by an eccentric lucid-dreaming enthusiast, Mel (Danny DeVito). Gary eventually discovers that the girl he dreams about does, in fact, exist. Paul arranges for Gary to meet her, but this proves disappointing, as she fails to live up to the expectations that Gary has built up in his dreams of her. He eventually continues to dream about her, and even soundproofs his apartment, and makes other efforts to be able to sleep longer, so that he can remain with Anna for longer periods of time. Eventually, feeling as though he is betraying his girlfriend Dora, played by Gwyneth Paltrow, he attempts to go back to her. Robert Downey Jr. and Gwyneth Paltrow at the 2012 Academy Awards

Can you see the connections? OBEs can be consciously controlled and pre-meditated using a number of techniques - mental, mechanical and chemical.

Falling asleep physically without losing wakefulness. The "Mind Awake, Body Asleep" state is widely suggested as a cause of OBEs, voluntary and otherwise. Thomas Edison used this state to tackle problems while working on his inventions. He would rest a silver dollar on his head while sitting with a metal bucket in a chair. As he drifted off, the coin would noisily fall into the bucket, restoring some of his alertness.

OBE pioneer Sylvan Muldoon more simply used a forearm held perpendicular in bed as the falling object. Salvador Dalí was said to use a similar "paranoiac-critical" method to gain odd visions which inspired his paintings. Deliberately teetering between awake and asleep states is known to cause spontaneous trance episodes at the onset of sleep which are ultimately helpful when attempting to induce an OBE. By moving deeper and deeper into relaxation, one eventually encounters a "slipping" feeling if the mind is still alert. This slipping is reported to feel like leaving the physical body. Some consider progressive relaxation a passive form of sensory deprivation.

Waking up mentally but not physically. This related technique is typically achieved through the practice of lucid dreaming. Once inside a lucid dream, the dreamer either shifts the subject matter of the dream in an OBE direction or banishes the dream imagery completely, in doing so gaining access to the underlying state of sleep paralysis ideal for visualization of separation from the body.

Deep trance, meditation and visualization. The types of visualizations vary; some common imageries used include climbing a rope to "pull out" of one's body, floating out of one's body, getting shot out of a cannon, and other similar approaches. This technique is considered hard to use for people who cannot properly relax. One example of such a technique is the popular Golden Dawn "Body of Light" Technique. 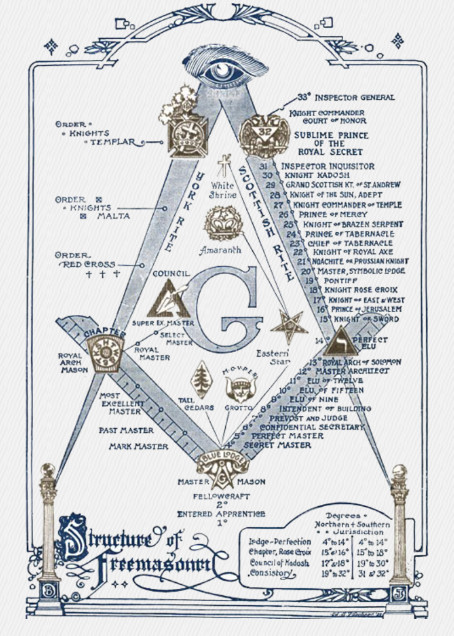 Freemasonry evolved over the last thousand years from the Knights Templar, and before that traces its roots to ancient Egypt, the Egyptian Mystery Religion and Esoteric Schools. Some believe the original Masons were the builders of the Pyramids or that they hold the secrets of those early master Masons. Freemasonry is not, however, merely a builders and stone-workers guild. Right from the first degree initiates take blood-oaths, perform occult rituals, and begin learning about a number of arcane subjects delving deeper as they rise in degrees. Some of the subjects studied/practiced include: Astrology, Consciousness, Magic, Tarot, Kabbalah, the Tree of Life, Sacred Geometry, Divination, Scrying, Theosophy, Numerology, Symbology, Alchemy, Hermeticism, the Chakra system, Auras/Energy bodies, Astral Projection/OBEs, Kundalini Yoga, Geomancy, Masonic/Occult History and Philosophy, Metaphysics, Epistemology, Secret Handshakes and Gestures. 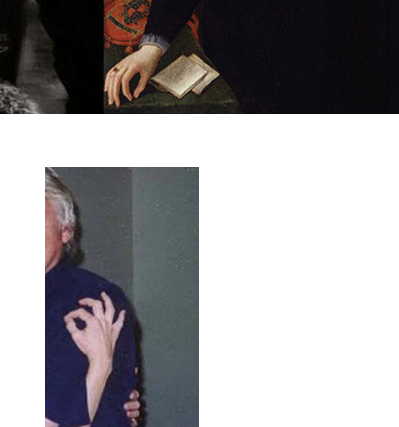