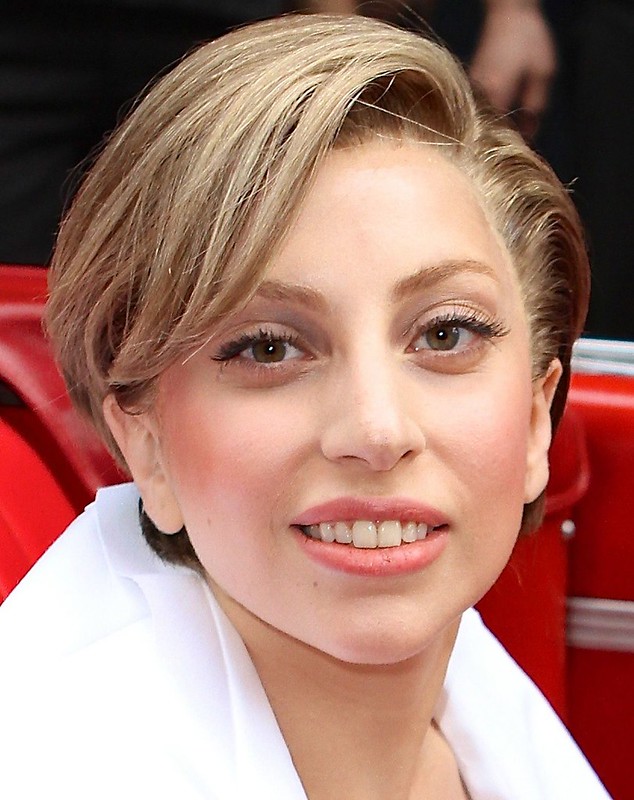 Stefani Joanne Angelina Germanotta (born March 28, 1986), better known by her stage name Lady Gaga, is an American singer-songwriter, LGBT activist, record producer, businesswoman, fashion designer, philanthropist, and actress. She was born, raised, and lives in New York City. Gaga studied at the Convent of the Sacred Heart before briefly attending Collaborative Arts Project 21 (CAP21). She withdrew from CAP21 to focus on her musical career. She soon began performing in the rock music scene of Manhattan's Lower East Side. By the end of 2007, record executive and producer Vincent Herbert signed her to his label Streamline Records, an imprint of Interscope Records. Initially working as a songwriter at Interscope Records, her vocal abilities captured the attention of recording artist Akon, who also signed her to Kon Live Distribution, his own label under Interscope.

Gaga rose to prominence with her August 2008 debut album, The Fame, which was a critical and commercial success. The record included the international number-one tracks "Just Dance" and "Poker Face". In November 2009, her extended play, The Fame Monster, was released to a similar reception, and produced the hit singles "Bad Romance", "Telephone", and "Alejandro". Gaga's second album, Born This Way, was released in May 2011 and topped albums charts in most major markets. It was preceded by the chart-topping songs "Born This Way", "Judas", and "The Edge of Glory". After taking a sabbatical for a hip injury and the cancellation of the remaining dates of the Born This Way Ball Tour, Gaga's third album Artpop was released in November 2013 and became her second number one album in US. Artpop was preceded by singles "Applause" and "Do What U Want".

Influenced by David Bowie, Michael Jackson, Madonna, and Queen, Gaga is recognized for her flamboyant, diverse, and outré contributions to the music industry through her fashion, performances, and music videos. As of November 2013, she had sold an estimated 24 million albums and 125 million singles worldwide and her singles are some of the best-selling worldwide. Her achievements include five Grammy Awards and 13 MTV Video Music Awards.

Gaga has consecutively appeared on Billboard magazine's Artists of the Year (scoring the definitive title in 2010), ranked fourth in VH1's list of 100 Greatest Women in Music, is the fourth best selling digital singles artist in US according to RIAA, is regularly placed on lists composed by Forbes magazine, including The World's 100 Most Powerful Women from 2010 to 2013, and was named one of the most influential people in the world by Time magazine. 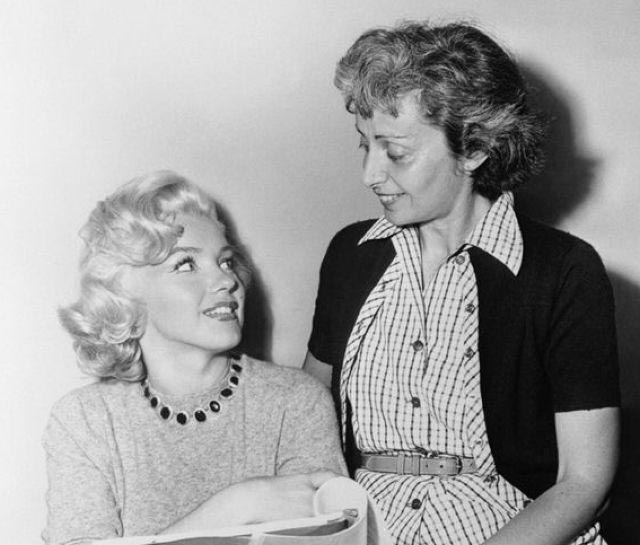 Marilyn Monroe first met Natasha Lytess in March 1948, shortly after signing a six-month contract with Columbia Pictures. Employed by the studio as a drama coach, Natasha was assigned to work with the latest starlet on the lot, Marilyn Monroe, a routine task that turned into an anything-but-routine relationship.

Natasha Lytess studied under revered German director Max Reinhardt, acted in the legitimate theater and, with novelist husband Bruno Frank, fled Europe after the Nazis rose to power. The couple settled in Los Angeles, where Natasha accepted bit parts in movies and gave birth to a daughter, Barbara.

Like many hopefuls before her, Natasha Lytess’ acting career sputtered before finally stalling out in Hollywood. In Los Angeles, the theater community was smaller than in Europe and New York and likewise her film parts soon dried up. Her thick accent and severe appearance did her no favors when it came to casting. Consequently, Natasha gave up her own dreams of an acting career and began utilizing her stage and film experience to coach other performers.

In acting circles, Natasha appears to have been generally respected but not especially well liked. Some interpreted her as condescending and harsh, especially in her critiques of others’ performances. Aspiring starlet Marilyn Monroe was no different and suffered Natasha’s withering judgment when the coach assessed her acting as “inhibited and cramped.”

Pupil and teacher began a rigorous training program that included acting techniques, breathing exercises and diction lessons. Critics would later point out that the result was wooden movements on screen, unnatural mouth movements and an over-enunciation when speaking.

Indeed, although Natasha had much to teach the young and naive Marilyn Marilyn, she was a tough taskmaster and showed little patience. She was also, conversely, nurturing and loving. With her worldly sophistication and extensive knowledge of theater and literature, Marilyn often felt inadequate in her teacher’s presence—a perceived inadequacy that only kept her dependent on her coach.

As Marilyn’s career slowly began to rise, the friendship and dependence between teacher and student continued to deepen. Natasha’s devotion was so total and complete that it’s generally believed that she, too, had fallen in love with Marilyn.

It’s unclear how true or untrue this possibility is, and there has been much speculation about the nature of their physical relationship. The only two people who know for sure what happened are Marilyn and Natasha, but it’s my guess that Marilyn did not return Natasha’s affection as Natasha once said: “I took her in my arms one day and I told her, ‘I want to love you.’ I remember she looked at me and said, ‘You don’t have to love me, Natasha—just as long as you work with me.’”

Marilyn said of Natasha: ‘She was a great teacher, but she got really jealous about the men I saw. She thought she was my husband!’

Lady Gaga is the reincarnation of Natasha Lytess. 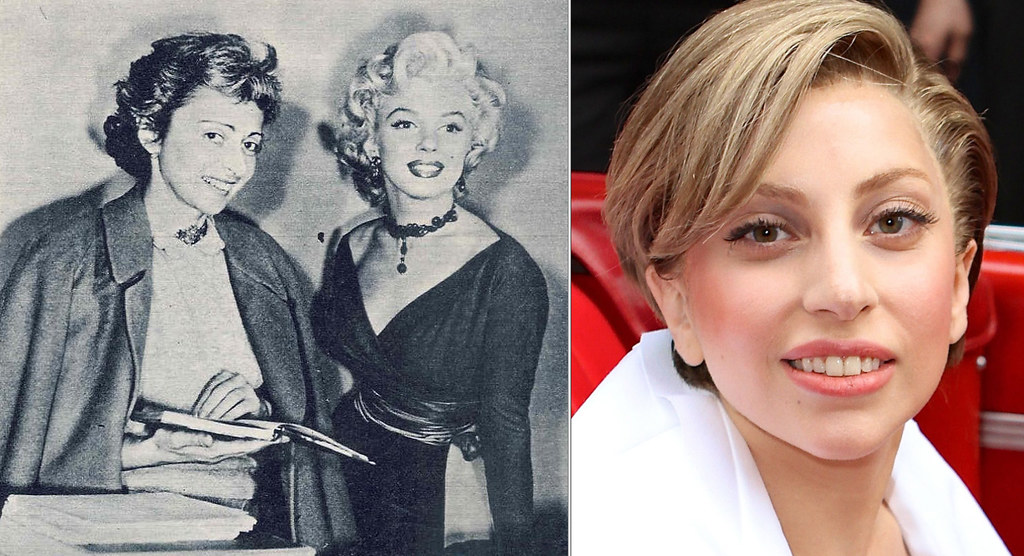 According to mind-control researchers, Marilyn was the first “high profile” presidential model, a situation that required her handlers to exercise extreme control on what she said and did in public.