The Reichstag fire was an arson attack on the Reichstag building in Berlin on 27 February 1933. The event is seen as pivotal in the establishment of Nazi Germany.

Inside the building, a thorough search conducted by the police resulted in the finding of Marinus van der Lubbe. 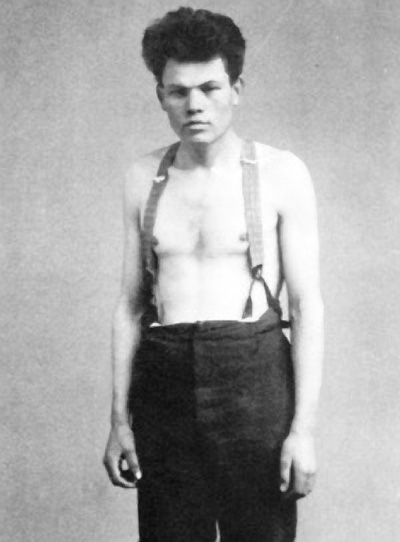 Van der Lubbe was a Dutch insurrectionist, council communist, and unemployed bricklayer who had recently arrived in Germany. The fire was used as evidence by the Nazis that the Communists were beginning a plot against the German government. Van der Lubbe and four Communist leaders were subsequently arrested.

Van der Lubbe was guillotined in a Leipzig prison yard on 10 January 1934, three days before his 25th birthday. He was buried in an unmarked grave on the Südfriedhof (South Cemetery) in Leipzig.

In January 2008, the Federal Court of Justice of Germany overturned the death penalty verdict based on a 1998 German law that makes it possible to overturn certain cases of Nazi injustice.

The determination of the court was based on the premise that the National Socialist regime was by definition unjust, and since the death sentence in this case was politically motivated, it was likely to have contained an extension of that injustice; the finding was independent of the factual question of whether or not it was van der Lubbe who actually set the fire. Lacombe Lucien is a French film that tells the story of a teenage boy during the German occupation of France in World War II.

In 1944 Lucien Lacombe, a young peasant in the Lot region is refused permission to join the French Resistance. Instead, the opposing "French Gestapo" obtain from him information about an underground leader and recruit him into their organization. Lucien enjoys his power and inclusion as a member of the German Police but soon falls in love with a Jewish girl. Forcing himself upon her family, Lucien becomes personally involved with the very people some of his collaborators and superiors are, in part, employed to oppress. The lead role in the movie is played by Pierre Blaise. Director Louis Malle had been looking for a non-actor to play the titular character and was convinced by Blaise's authenticity.

According to the Akashic Records, Pierre Blaise was the reincarnation of Marinus van der Lubbe! This can be checked by anyone using dowsing or other more advanced psychic techniques. Hypnosis and deep trance channeling promoted in the media by the New Age movement are unsatisfactory and dangerous.

Many people have wrongly assumed that Brianstalin's research is based solely on facial similarities. Actually facial similarities are often subjective and unhelpful when doing past life readings. Just because living people resemble deceased celebrities does not mean they are their reincarnations. However, having said that, it doesn't mean there isn't some soul group connection.

For example, director Louis Malle bears an uncanny resemblance to Georgi Dimitrov who was one of those suspected of involvement in the Reichstag fire.

As Dimitrov died in 1949 and Malle was born in 1932, it is clear, despite the facial similarities, that Louis Malle cannot be the reincarnation of Georgi Dimitrov. It would be very foolish, however, to just assume that the similarities are mere coincidence, especially as reliable psychic tools exist to explore the connection further.

Despite the success of Lacombe Lucien, Pierre Blaise spurned a cinema career to return to wood cutting in rural France. Only a year after the film, he was killed in a car accident.

Some people believe that when a life is cut short in a previous incarnation, the following lifetime is only as long as the remaining allotted span of the former. This might help us understand why many lives end suddenly and prematurely.

The accurate reading of past lives can surely shed some very important light on such matters.

Louis Malle was born into a wealthy industrialist family in Thumeries, Nord, France. He initially studied political science at the Sorbonne before turning to film studies at IDHEC instead.

He worked as the co-director and cameraman to Jacques Cousteau on the Oscar and Palme d'Or-winning documentary The Silent World (1956).

"In order to stabilize world population, we must eliminate 350,000 people per day. It is a horrible thing to say, but it's just as bad not to say it." - Jacques Cousteau