Although the Akashic Records state clearly that Barack Obama is NOT the reincarnation of Akhenaten, the resemblance is NO coincidence. Akhenaten was one of the earliest architects of the New World Order. Adolf Hitler who had a strange obsession with Nefertiti was also part of this soul group. People within the same soul groups share similar traits, agendas and soul journeys. The spirit that speaks through Kevin Ryerson (the source of many false past life matches in the media) also claims a connection with Akhenaten and this soul group. No surprise! Their agenda is control and the limitation upon human freedoms. Truth becomes distorted to either produce propaganda for the masses that emphasizes the superiority of a special and privileged elite or to create the illusion of superiority for those who believe or want to believe they possess positions of influence and power.

It was January 17, 2001, and Illinois state senator Barack Obama was on WTTW11’s “Chicago Tonight." Discussing his opposition to Attorney General nominee John Ashcroft, Barack Obama praised newly-elected President Bush's new nominee for Secretary of Defense, Donald Rumsfeld.
“The proof in the pudding is looking at the treatment of the other Bush nominees," Obama said. "I mean for the most part, I for example do not agree with a missile defense system, but I don't think that soon-to-be-Secretary Rumsfeld is in any way out of the mainstream of American political life. And I would argue that the same would be true for the vast majority of the Bush nominees, and I give him credit for that.
"So I don’t want to be pegged as being far left simply because I find certain aspects in John Ashcroft’s record to be divisive or offensive," Obama continued. "I think it’s legitimate for me to raise that. As I said before, if he brought before us a nominee who didn’t agree with me on affirmative action and yet said that, you know, I do think that and showed a history for showing regard and concern for racial justice, if he came before us and said I oppose a woman’s right to choose, or I oppose abortion, I find it religiously offensive, and yet I do respect, for example, the notion that we shouldn’t be solving these things with violence, historically, if that had been what was said, then I don’t think I would object. And I think that’s a fair position to take.

According to the Akashic Records Obama and Rumsfeld were brothers in a very recent incarnation. Giuseppe Cardinal Pecci S.J. (13 December 1807—8 February 1890) was a Catholic thomist theologian and Roman Catholic Cardinal. Throughout his life, Pecci refused to be photographed, considering painting a far more superior and benevolent presentation of a human being.

Cardinal Pecci died in 1890 and reincarnated as Donald Rumsfeld. The elevation of the well-known Thomist Giuseppe Pecci at age seventy-two took place in the context of the determined efforts of Leo XIII to foster science and Thomist theology throughout Catholic Church. Thomism had lost its old role as leading theology and Leo attempted to re-establish it “for the protection of faith, welfare of society and the advancement of science.

Thomism is the philosophical school that arose as a legacy of the work and thought of Thomas Aquinas. The word comes from the name of its originator, whose Summa Theologica is arguably second only to the Bible in importance to the Roman Catholic Church. In the encyclical Doctoris Angelici, Pope Pius X cautioned that the teachings of the Church cannot be understood scientifically without the basic philosophical underpinnings of Aquinas's major thesis.

The capital theses in the philosophy of St. Thomas are not to be placed in the category of opinions capable of being debated one way or another, but are to be considered as the foundations upon which the whole science of natural and divine things is based; if such principles are once removed or in any way impaired, it must necessarily follow that students of the sacred sciences will ultimately fail to perceive so much as the meaning of the words in which the dogmas of divine revelation are proposed by the magistracy of the Church.

Thomism is the philosophical school that arose as a legacy of the work and thought of Thomas Aquinas.

Aquinas worked to create a philosophical system which integrated Christian doctrine with elements taken from Aristotelianism. Stanley Dunham was the reincarnation of Mariano Rampolla. On March 14, 1887 Pope Leo XIII created Rampolla a Cardinal-Priest of Santa Cecilia in Trastevere. On June 2 he was appointed Secretary of State. In this office (as previously in Spain), Rampolla employed Giacomo della Chiesa, the future Benedict XV, as his secretary.

When Leo XIII died in 1903, it was widely expected that Rampolla would be elected pope. In mid-2002, Obama began considering a run for the U.S. Senate; he enlisted political strategist David Axelrod that fall and formally announced his candidacy in January 2003.

David Axelrod is the reincarnation of John Henry Newman, a Roman Catholic priest and Cardinal who converted to Roman Catholicism from Anglicanism in October 1845. Newman’s influence as controversialist and preacher was enormous. He wrote his sermons out beforehand and read them aloud as he was not an extempore speaker.

Notice that the facial comparisons in some images are quite dissimilar, while in others the similarities become apparent. This is one reason why our past lives can remain hidden from logical deduction. Can the Past Influence the Present?

As early as the early eighth century the false notion that that Islam was the embodiment of the Anti-Christ appeared. Did this idea unconsciously guide Rumsfeld?

Al-Qaeda have attacked civilian and military targets in various countries, the most notable being the September 11 attacks in 2001. These actions were followed by the US government launching a military and intelligence campaign against al-Qaeda called the War on Terror.

Leo XIII worked to encourage understanding between the Church and the modern world, though he preferred a cautious view on freedom of thought, stating that "is quite unlawful to demand, defend, or to grant unconditional freedom of thought, or speech, of writing or worship, as if these were so many rights given by nature to man" Leo's social teachings are based on the Catholic premise, that God is the Creator of the world and its Ruler. Eternal law commands the natural order to be maintained, and forbids that it be disturbed; men's destiny is far above human things and beyond the earth.

A Republican congressman from Georgia said Monday he fears that President-elect Obama will establish a Gestapo-like security force to impose a Marxist or fascist dictatorship.
"It may sound a bit crazy and off base, but the thing is, he's the one who proposed this national security force," Rep. Paul Broun said of Obama in an interview with The Associated Press. "I'm just trying to bring attention to the fact that we may — may not, I hope not — but we may have a problem with that type of philosophy of radical socialism or Marxism."
Broun cited a July speech by Obama that has circulated on the Internet in which the then-Democratic presidential candidate called for a civilian force to take some of the national security burden off the military.
"That's exactly what Hitler did in Nazi Germany and it's exactly what the Soviet Union did," Broun said. "When he's proposing to have a national security force that's answering to him, that is as strong as the U.S. military, he's showing me signs of being Marxist."
Obama's comments about a national security force came during a speech in Colorado about building a new civil service corps. Among other things, he called for expanding the nation's foreign service and doubling the size of the Peace Corps "to renew our diplomacy."
"We cannot continue to rely only on our military in order to achieve the national security objectives that we've set," Obama said in July. "We've got to have a civilian national security force that's just as powerful, just as strong, just as well-funded."
Broun said he also believes Obama likely will move to ban gun ownership if he does build a national police force.
Obama has said he respects the Second Amendment right to bear arms and favors "common sense" gun laws. Gun rights advocates interpret that as meaning he'll at least enact curbs on ownership of assault weapons and concealed weapons. As an Illinois state lawmaker, Obama supported a ban on semiautomatic weapons and tighter restrictions on firearms generally.
"We can't be lulled into complacency," Broun said. "You have to remember that Adolf Hitler was elected in a democratic Germany. I'm not comparing him to Adolf Hitler. What I'm saying is there is the potential."
Obama's transition office did not respond immediately to Broun's remarks.

When considering past live trends the old adage - once an elitist, always an elitist holds true in the majority of cases.

Only when the ego becomes spiritualized do we see an indifference to fame, wealth and power. Mitt Romney was the 70th Governor of Massachusetts from 2003 to 2007 and is a candidate for the 2012 Republican Party presidential nomination.
Romney is the reincarnation of Pope Leo XII. Would you like to know more? 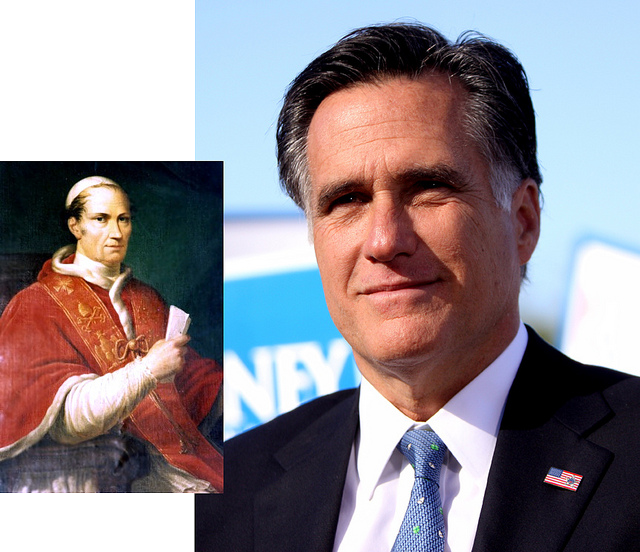 Considered a holy person by many, public veneration of Pope Pius X (1835 – 1914) began soon after his death. Numerous petitions resulted in an early process of beatification, which resulted in his canonization on May 29, 1954.

I admit that I have always harbored an exaggerated view of my self-importance—to put it bluntly, I fancied myself as some kind of god 
Because our past lives are HIDDEN (just like truth), it's important to understand that they cannot be deduced through normal means, like intuition or inspired guesswork.

The knowledge of past lives resides at the very lowest levels of super-consciousness and can be used by teachers as a gauge of psychic competency. 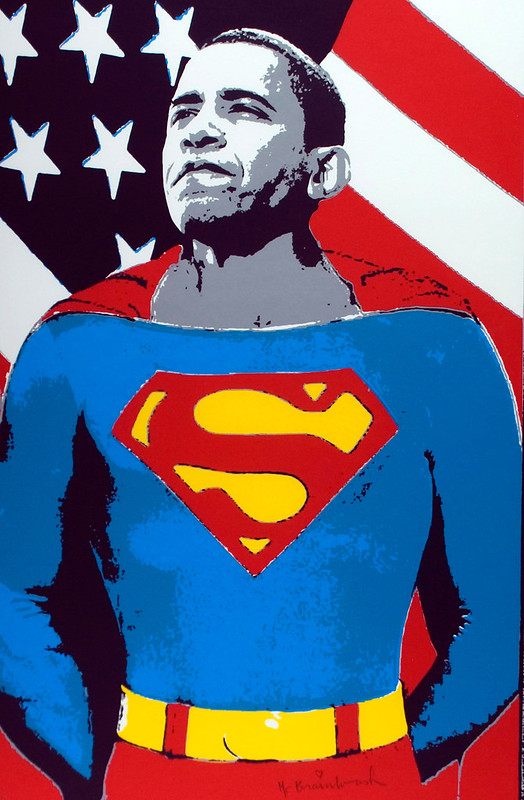 "For most my work is extravagance and myth. It is, however, a truth for those who can comprehend it. I love it not the less because it has been superficially judged and little understood by the common herd. It is not meant for them!"